The zenith is directly above your head and the nadir directly beneath your feet. Everyone's zenith and nadir are different. 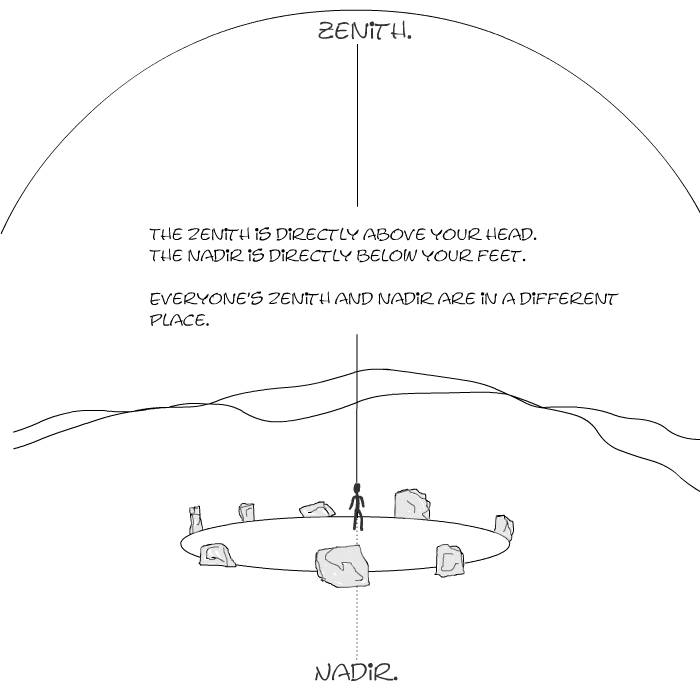 The Earth and moon.

The Earth is one of nine planets. The planets orbit the Sun. The planets follow the path of the Sun in the sky ('the ecliptic'). The planets, unlike the stars, changes in their positions in the sky.

The Sun is a star at the edge of a galaxy of stars. The stars in the galaxies have been named by many people all over the world, and visulised as belonging to constellations. The positions of the stars in their constellations do not move very much from our point of view on Earth.

On Earth we see the edge of the galaxy as a river of stars, The Milky Way. The Milky Way is the Galactic Equator, and its position in the sky is determined by the angle of the Earth's orbit around the Sun (the angle of axial tilt and the direction of tilt). 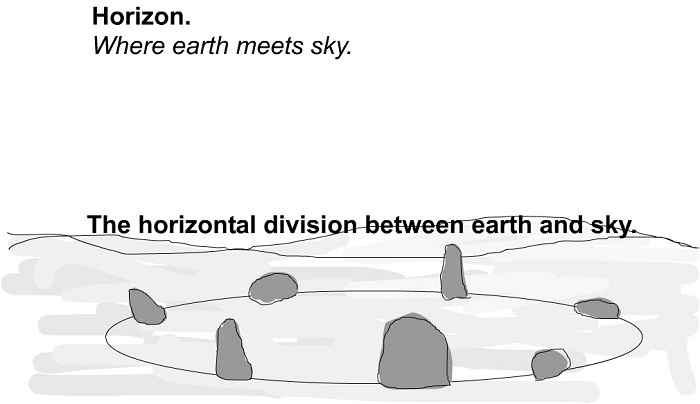 The sun appears to travel from a maximum northerly position in the sky, to a maximum southerly one each solstice. These maximum and minimum positions are caused by the axial tilt of the Earth.

The meridian is a line connecting the north and south poles. It can be anywhere on Earth, and run through any country. It passes directly above your head, through the zenith.

The 'Prime Meridian' is a line from pole to pole that passes through Greenwich, London. 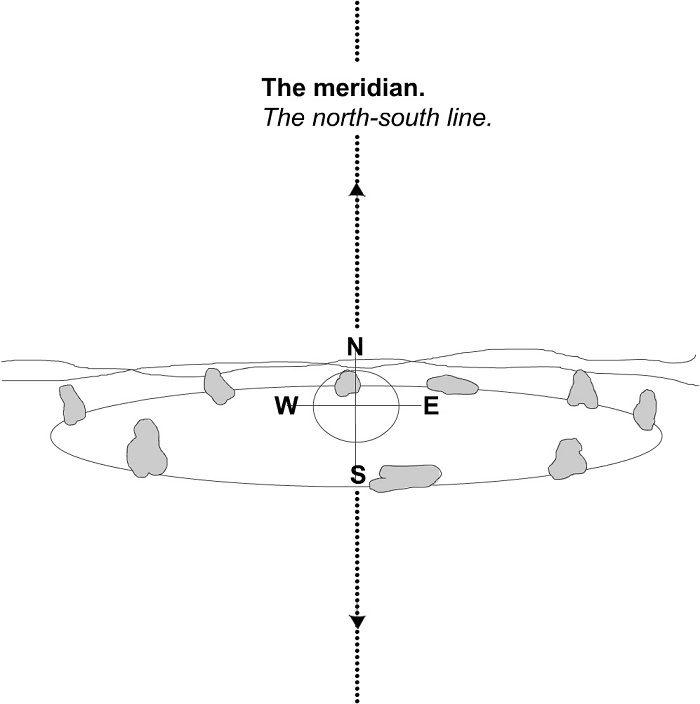 The celestial equator is drawn 90 degrees to the meridian. The angle of the equator in relation to the horizon is dependant on the angle of the Celestial pole (latitude).

90 degrees - latitude = The elevation angle of the equator. 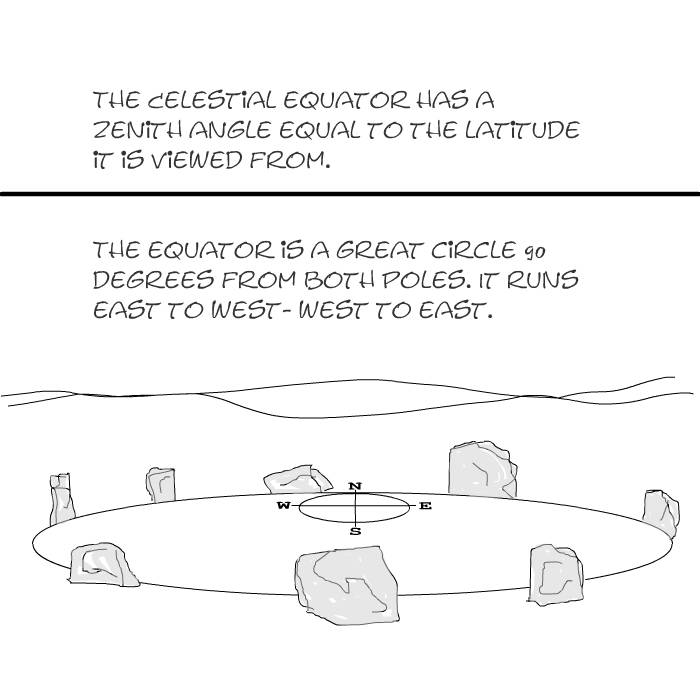