The equinox occurs twice every year. It occurs when the earth is midway between the solstice positions in its orbit around the sun.

When the Earth is in this position, days and nights are of equal length everywhere except beyond a latitude of around 80 degrees (very close to the Earth's poles).
The 'average' date of the equinox is:

The declination of the Sun at the equinox. 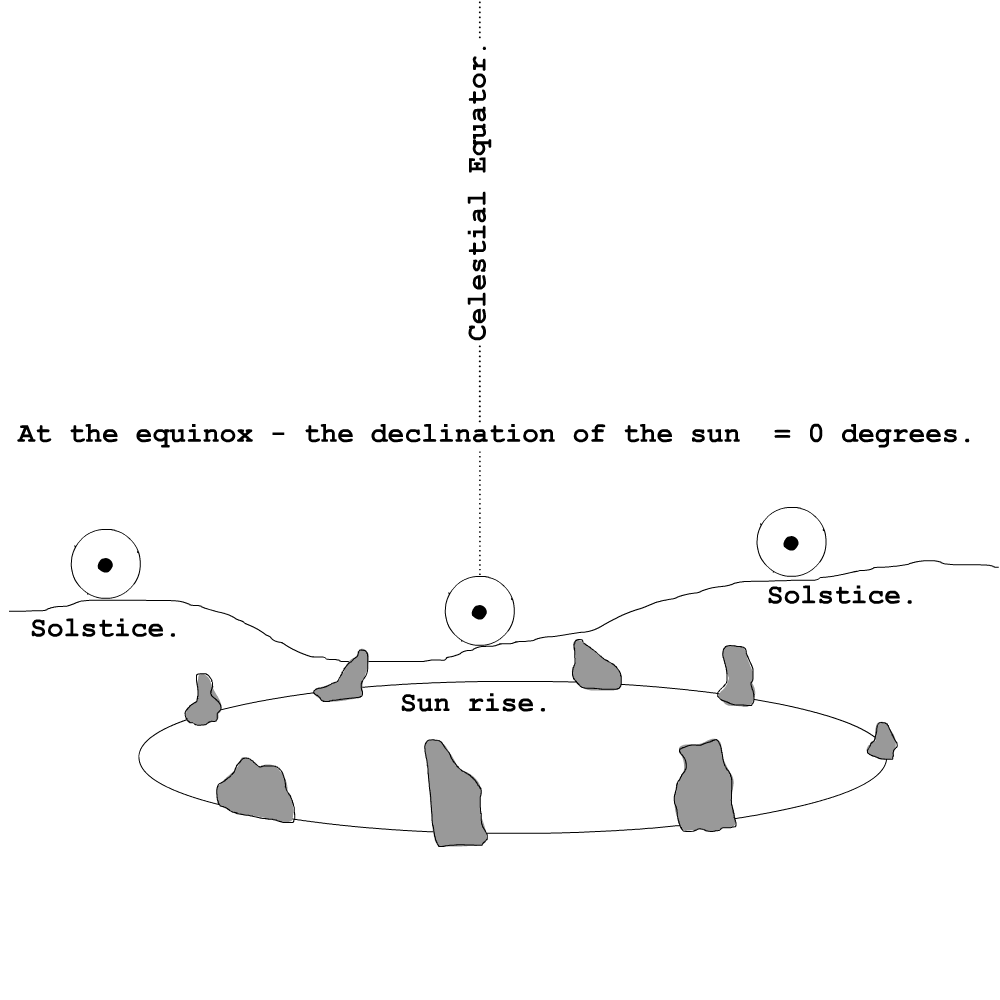 The elevation angle of the celestial equator is found by subtracting latitude from 90 degrees. 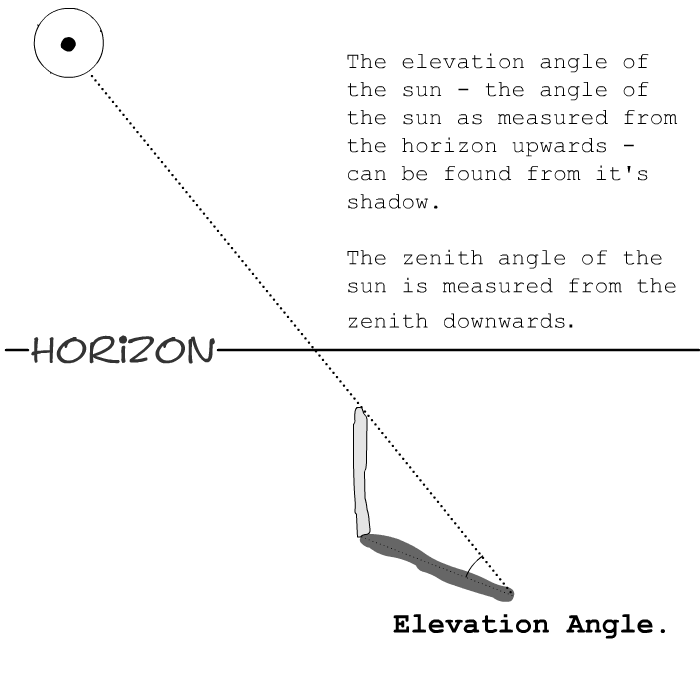 The opposite angle is the zenith angle. The zenith angle of the celestial equator is the same as the latitude of that location. At the poles of the Earth, latitude is 90 degrees. Threfore at the equinox, the elevation angle of the sun is zero. A 'day' and a 'night' are six months long at the poles.

The latitude at the Equator (on Earth) is zero degrees. Therfore the elevation angle of the celestial equator is 90 degrees. At midday at the equator the sun will be 90 degrees to the horizon.

The latitude of Stonehenge is 51 degrees. 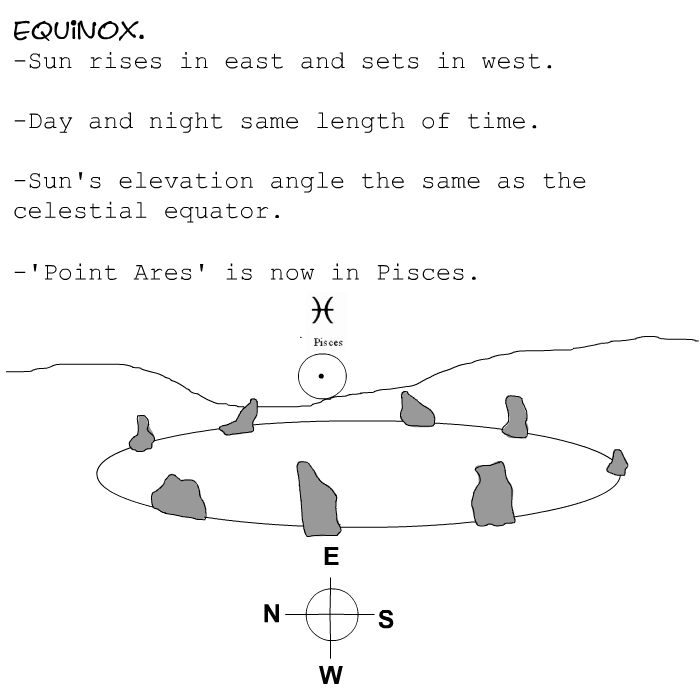 Around the time Silbury Hill was being built and stories such as The Descent of Inanna were inscribed onto clay tablets (circa 4200 years ago), the constellation behind the equinox sun was The Bull of Heaven - taurus.

The moon and shadows. 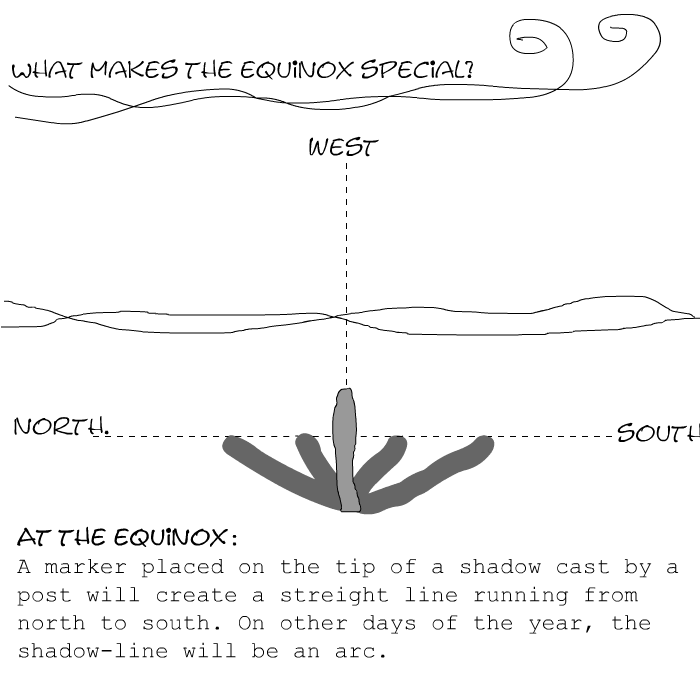